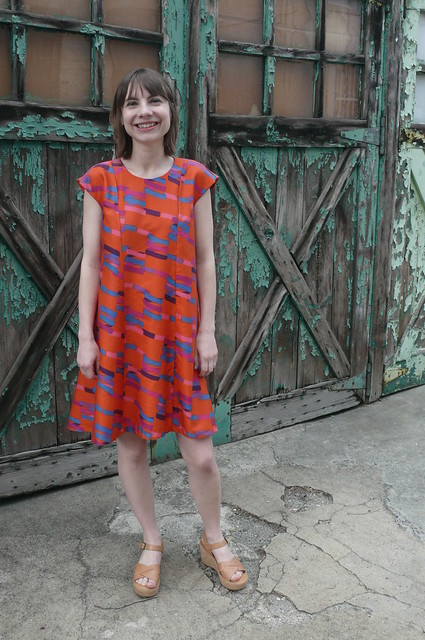 Hi, guys! Hope you’re all well! I often plan to make multiple versions of patterns that I like, but I rarely get around to it- too many shiny new patterns to distract me from my plans! But I so love my first version of M6553 that as soon as a glimpse of spring appeared here in New York, I got to work on a second version! 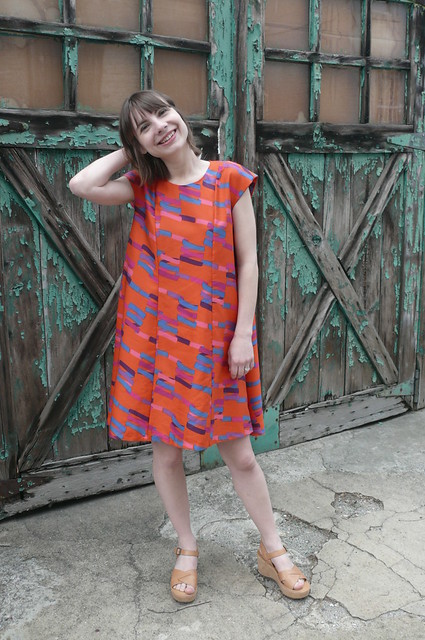 I used a Marc Jacobs silk/cotton twill for this dress- fancy, huh? Meredith spotted it on sale at Fashion Fabrics Club for $4/yd, labeled as rayon challis, but her eagle eyes recognized the fabric and knew she’d seen it used for Marc Jacobs pieces!  I’d planned to make this pattern in this fabric last summer, but realized that the back skirt piece, cut on the fold, wouldn’t fit on the 42″ selvedge. I wadded the fabric up and shoved it back in my drawer in a fit of rage, where it sat and sat and sat. I just couldn’t envision it as anything other than this dress! I pulled it out again last week and decided to just cut it out on the cross-grain. Victimless crime, right?  Cutting it on the cross-grain used up three yards, so this dress only cost me $12! Score! 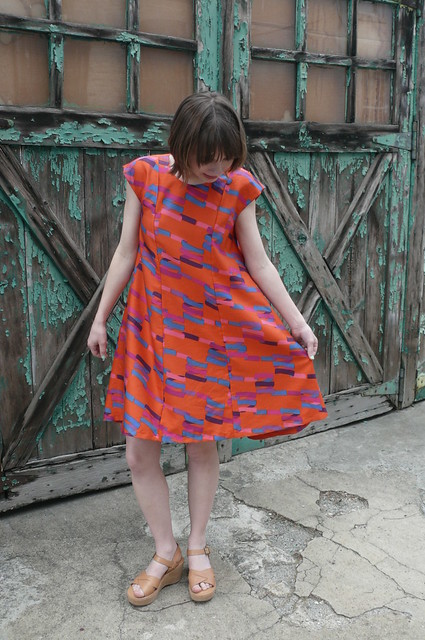 I cut a size 6 again, which fits just fine since there’s so much ease.  This time around I omitted both the self-belt and the pockets, so I was able to French seam it. It’s so nice and clean on the inside! The only problem is that, being a silk twill, it frays like the dickens, so even though I trimmed the seams right before sewing them the second time, I still have little bits of fraying edges poking out from the French seams. So annoying! I suppose I could re-sew the seams at a slightly larger seam allowance, but I just can’t be bothered at the moment.  The back yoke closes with a button and thread loop, which isn’t my favorite, but I covered a button, so at least it looks nice. I made no attempt at all to try to match up the print- just didn’t feel like it. 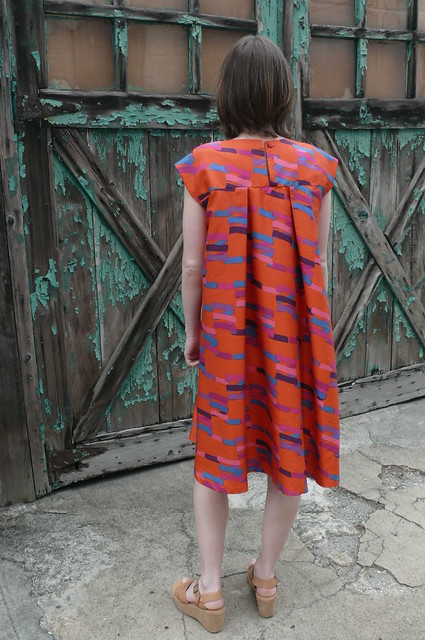 I know this dress isn’t everyone’s cup of tea, but I really like it.  The print is very ’90’s and evokes weird, fuzzy memories of my childhood (maybe because it looks like it belongs on a Trapper-Keeper?).  Man Friend, of course, hates it (“Can I get one of those boxes you use to look at eclipses before you put this on?”).  But it’s just so happy and bright, especially paired with this swingy silhouette. Now I just need the weather to warm up enough that I can run around town in this dress! 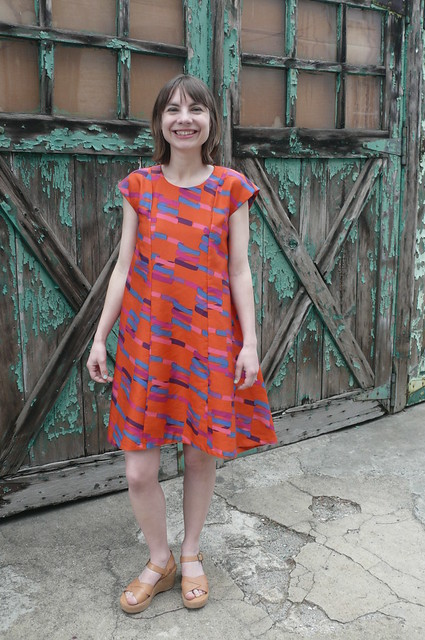 Have you been up to any happy sewing lately? What’s on your sewing table right now? 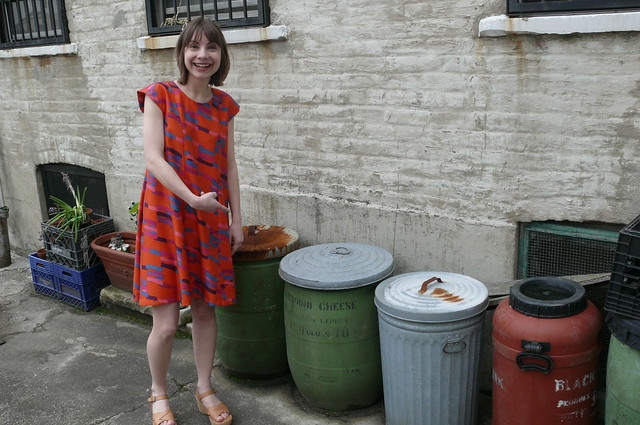 Can you tell I live in a Greek & Cypriot neighborhood? Anybody hungry for some halloumi?