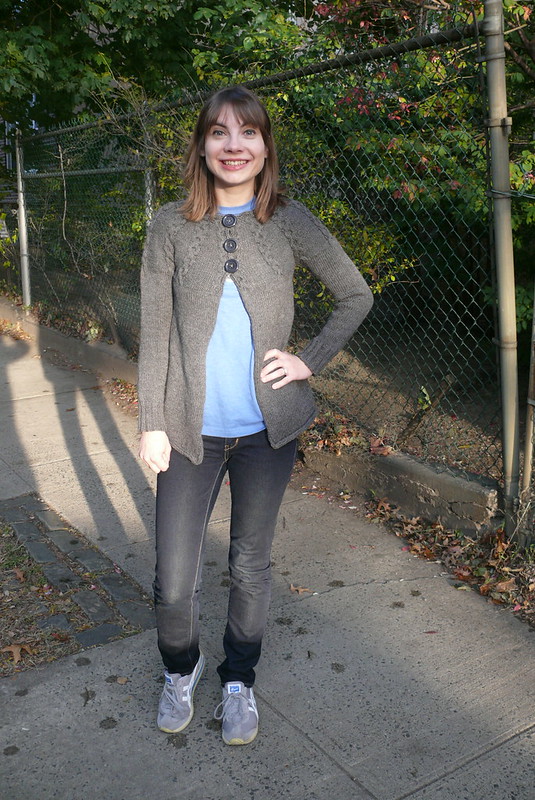 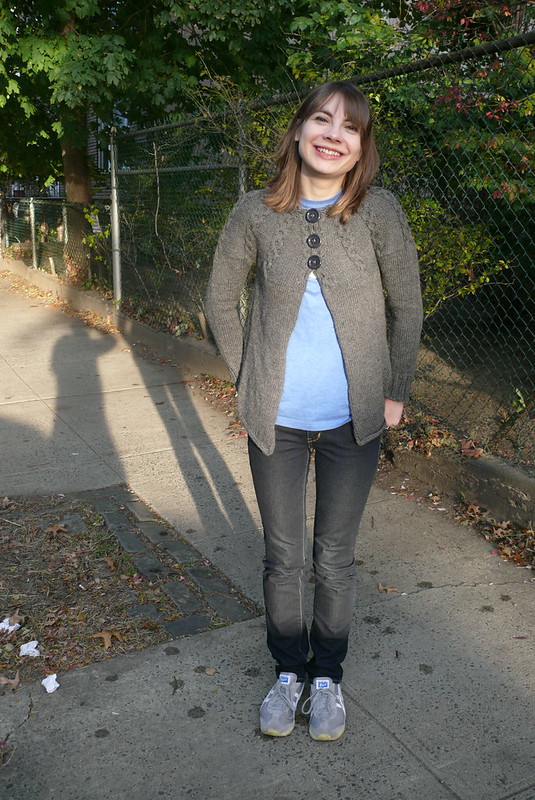 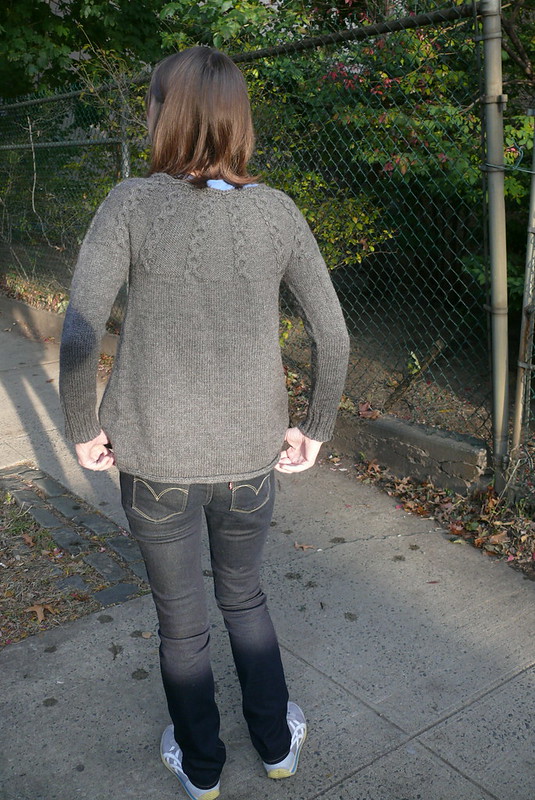 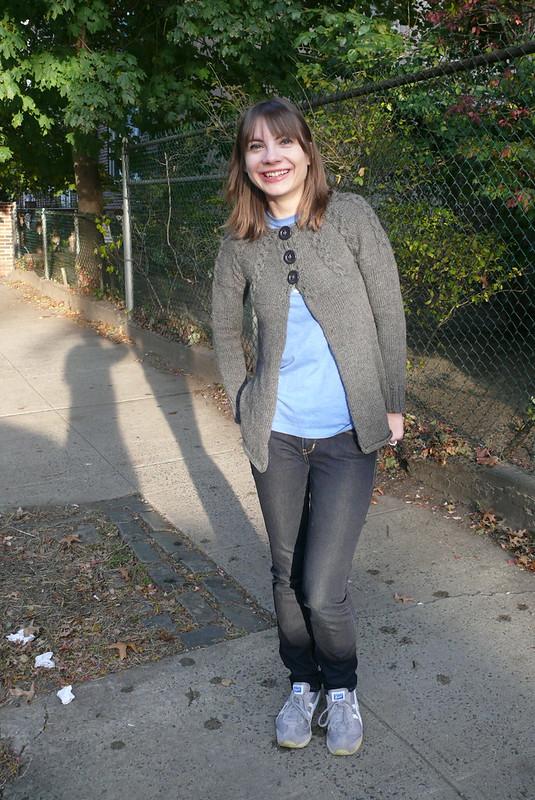 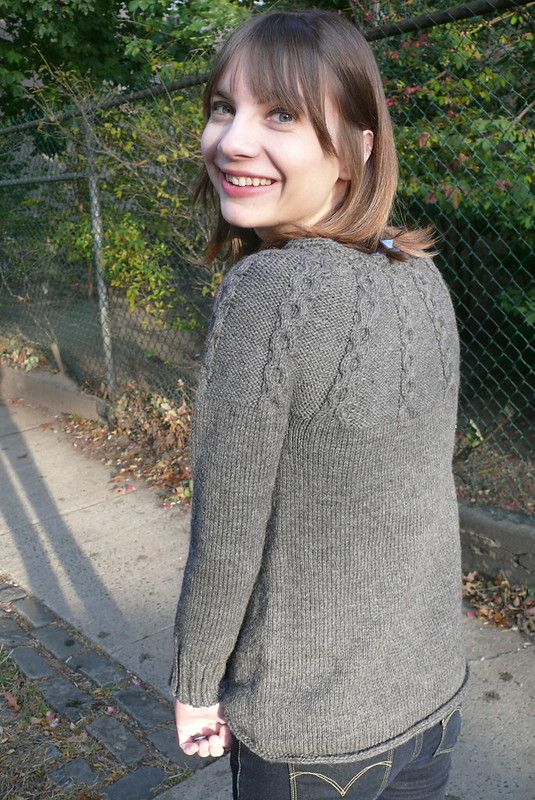 This sweater makes me so happy!  It was tons ‘o’ fun to make, and I’m sure I’ll be wearing it A LOT.  In case you didn’t know it already, Veera Välimäki is a genius.  Her designs are always modern, chic, wearable, and a pleasure to construct!  The Twenty Ten Cardigan is no exception.  It’s constructed bottom-up in moss stitch with a diagonal button band and a little pocket.

The Twenty Ten Cardigan. I’m only one year late!

This came together like a dream!  The shoulder fronts and backs are worked separately and joined using a three-needle bindoff.  So easy!  I really liked working the sleeves with short rows– they’re perfectly shaped and look very neat and tidy.  I started knitting a size small, but it seemed like it was going to be tight, and that thing where your buttons gap cause your shirt’s a bit too small is one of my pet peeves.  The easy solution was to increase four stitches two times under the chest, so it’s a medium on top and a small on the bottom.  This fits perfectly… I guess I’m a size smedium!  Increasing on top also lessened the sweater’s A-line shape, so I’m really happy about that (trapeze tops don’t usually flatter my figure).

I finished this up a couple of days ago, but the buttons didn’t arrive until yesterday.  These are vintage buttons from Lillian Olive‘s Etsy shop– she’s my go-to girl for buttons!

In other news, I currently have a visitor!  Doug the Pug is hanging out with us while his family takes a beach vacation.  Don’t feel bad– it’s probably for the best that Doug doesn’t go to the beach.  He might be mistaken for a walrus, and all kinds of mayhem could break loose!